Hamedan hand knotted rugs are considered to be among the best in tribal rugs category. For the quality of the rug that it offers, Hamedan rugs are very affordable. However Hamedan Orintal rugs are not only made in tribal patterns. The recent trend in Hamedan rugs are drastically moving towards producing finer more formal rugs widening the gap between tribal geometric and moving toward more floral and curved patterns.

Hamedan (also written Hamadan as the Turkish speaking people in the region would pronounce) is a very ancient rug weaving tradition. With strong cultural and being the capital city of Persian in several periods throughout the history Hamedan takes pride for its cultural heritage including its intricate hand knotted rugs.

Literally Hamedan means the place where everyone is knowledgeable and educated. The word is used for both the name of the Province of Hamedan as well the Capital city of the province. The ancient name for Hamedan was Hegmataneh Ecbataneh is believed to be one of the oldest cities of Persia.

Hamedan ancient Persian city (the second oldest city of Iran), which lies at about 6500 feet above sea level in the rugged mountainous region of northwestern Iran. It has a rich history, which dates back many centuries. The city itself, along with the countless villages and districts surrounding it, produces a good portion of the tribal rugs of Iran. Some areas around Hamedan include Chenar, Derjazin, Hussainabad, Nahavand, and the Kurdish districts of Khamseh, and many others, that are between Arak and Hamedan. All the rugs produced in the surrounding area of Hamedan are marketed inside of the city. There can be seen obvious traces of Kurdish and some Turkish influence on the people of the province of Hamedan, which is just east of Kurdistan. The peaceful people of the province of Hamedan have managed for several centuries, despite all the greedy foreign invasions, to keep their precious talent of rug weaving alive.

Hamadans are quite durably constructed and with hard wearing mateirals. Due to the rugged wool spun from hardy sheep in the higher, cooler altitudes, the finished carpets tend to be very strong. The patterns vary in rugs from this city from geometric, to floral or overall Herati designs. Hamadan is an important city in the carpet industry because along with its many surrounding villages, it produces countless numbers of floor pieces that are all unique and remarkable in their own way.

The rugs manufactured around the city of Hamedan are all handmade, with the pile being entirely wool, and the colors being mainly natural vegetable dyes. Very rarely if ever, is silk seen in rugs from this region. The foundation of the rug (warp and weft) is usually cotton, and in some cases goat hair. The patterns are usually simple geometric arrangements with primary and vibrant colors. Sometimes small animals or garden elements are seen and sometimes the famous Herati design is implemented. These rugs are overall very good in quality and most of them have been known to last surprisingly long periods of time.

Hamedan has one of the most beautiful landscaping in Iran and with lushes green mountains is one of the best environments for cattle and sheep and as a result produces a large amount of  high quality wool that is used in madding hand knotted rugs. The quality of wool is affected by the quality of green organic pastures they are raised in. Also where there is abundance of water farmers have a better opportunity to take a good care of the wool that is coming from the sheep buy giving the live sheep several bath during the year. In the same way that cleanness and hygiene in human hair is important in having healthy and strong hair, the wool in the sheep too can have a higher quality if it is taken care and the sheep are given bath more often.

Hamedan Also is the birth place of the one the most prominent Persian scholars writers and poets. The site of the Burial place of Avicenna one of the world renowned Philosopher, Physician and scholar, scientist and writer of his time and the famous Persian poet Baba Taher is one of the attractive visiting place for the tourist in Hamedan. Among other tourist attractions in Hamedan is the breath taking long and deep caves that stretches for miles under the mountain is the famous Ghar-e Ali_Sadr, or Ali Sadr Caves.

Because of the cold and long winters Hamedan, like Ardebil has created a proper setting for rug weaving industry. Whereas, plenty of high quality wood is produced during the spring and summer, when then weather gets cold most farmers stay home and get behind their weaving looms. Man and women together create some of the most amazing rugs and carpets that are extremely popular worldwide.

A wide variety of hand knotted Persian rugs are made throughout the province of Hamadan. Some areas produce rugs that are so popular that in spite of being smaller cities and hardly known to Persians themselves, but the name of their rugs is known to many westerners throughout the north America and European continent.

Hamedan Gholtogh rugs are among the Hamedan rugs that is familiar to many westerners. These rugs bear certain degree of resemblance to both Saroogh and Bidjar rugs, are mostly produced by the tribal people who are in move between arak and Hamedan. Some dealers prefer to use the general name of Hamedan rugs instead of mentioning the specific name of Gholtogh for this category of rugs. gholtogh rugs are often dominated with darker red and brown colors. In the Noth of Mehraban or Mehravan which is another rug weaving region the town of khamseh is producing more affordable smaller rugs which is often known in the market as Mosel rugs.

In the region known as Asadabad on the Road between Hamedan and Kermanshah they are making famous Herati design rug that normally have coarse weave and red backgrounds.

The best rugs of hamedan made in the south of the city of Hamedan known as region of Anjilas. The designs adopted in this region too are hearty but the weave is finer and the quality of the wool and cotton used in the foundation of the rugs is very high. These rugs from Anjlas are naturally more valuable than other Hamedan rugs.

The color and the quality of the weave in Nahavand and Malryer rugs can be seen in the Toyserkan rugs too. The dominant dark blue is what is shared between the two regions but Malayer and Nahavand have a better quality of weave. The sizes of the Malayer and Nahavand hand knotted rugs are also often larger both in width and length than the Toyserkan carpets. In Toyserkan the most common rug are made in the smaller size usually used for covering the leaning cushions. Other popular sized are 3x5, 4x6, 5x7, 6x9 and runners. They hardly weave large carpets in this city.

The best of the Malayer rugs are made in Savad-Shahr In the region of Jawzan. Savad Shahr until very recently was considered a village and they weaved so most beautiful and durable rugs in the area with vibrant colors and intriguing patterns and designs. The weaving methods and type of knots and dyeing methods of Jawzan shares many aspects with the Saroough rugs. Particularly producing pleasant rust red from the madder root and yogurt water is very similar to the way Saroogh weavers produce these colors.

The city of Malayer and surrounding villages and towns is considered to be one of the most important places in the province of Hamedan that has historically been producing some high quality rugs. Malayer rugs particularly antique Malayer carpets and semi-antique ones have always been on demand in the foreign market as well as inside Iran itself.

In the area between the City of Hamedan, Tafresh and Farahan, a particular tribe known as Parchaloo tribe, are weaving rugs with single weft inserts which is unlike the common practice of double weft that is woven in the area. These rugs have a higher pile and floral patterns with medallion and corners. The circular medallions of the rugs is made by this tribe is ending with two large medallion heads which is normally two large vases.

On the top of all the records Hamedan is producing the largest number of rugs in Persia most of which is being exported to other countries. Hamedan Mosel rugs although is one of the lowest quality rugs made in this province is one of the highest sellers because its affordability.

Rugman.com has a huge collection of Hamedan rugs from many different areas in the province. We sell the Hamedan rugs under their specific names as well as reminding the clients that they are from the province of Hamedan. Use Rugman designers free of charge and buy direct from Rugman and save on many. 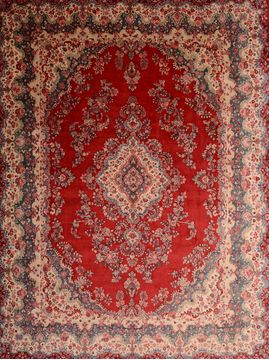 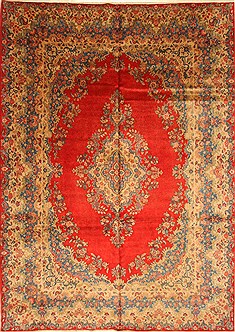 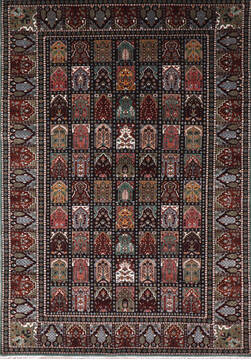 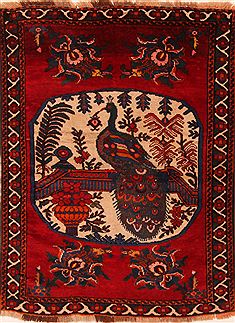 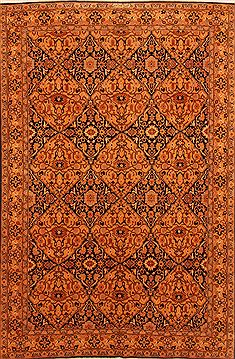 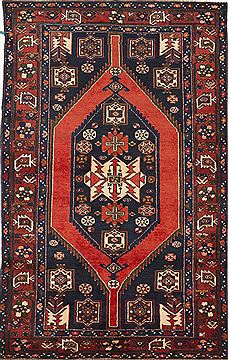 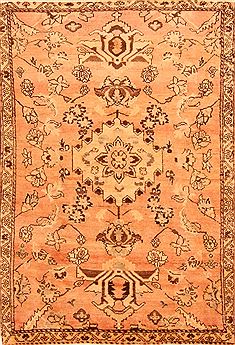 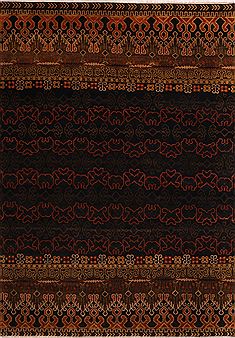 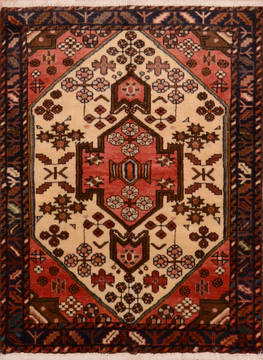 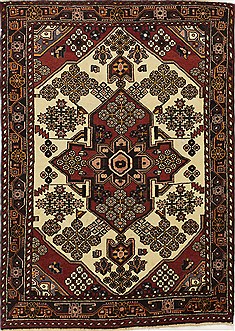 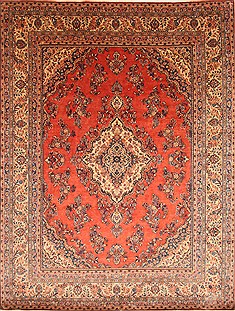 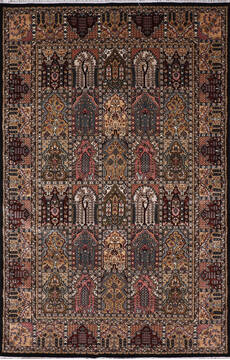 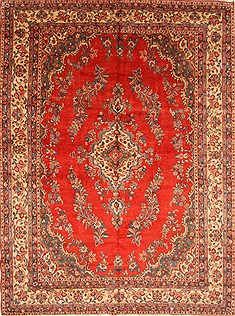 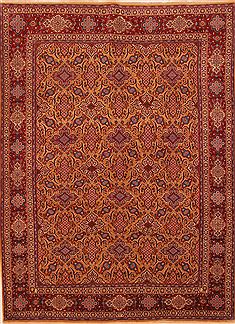 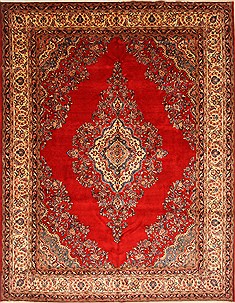 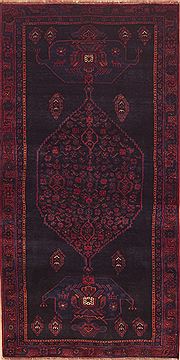 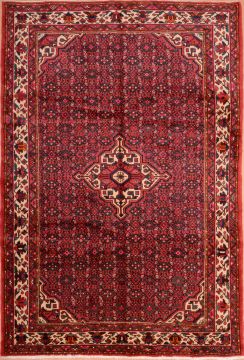 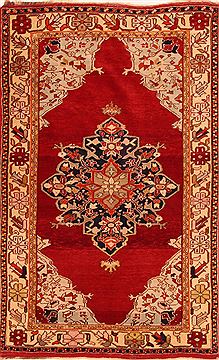 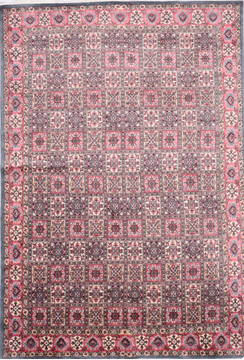 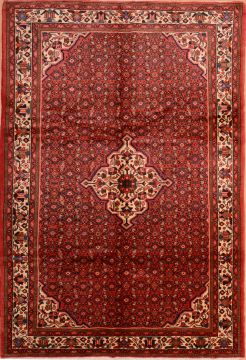 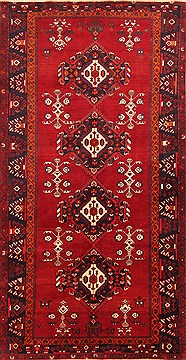 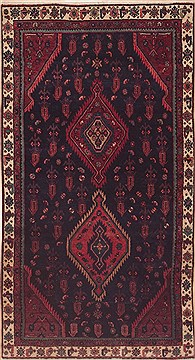 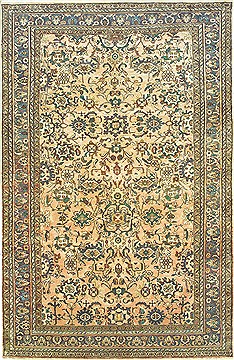 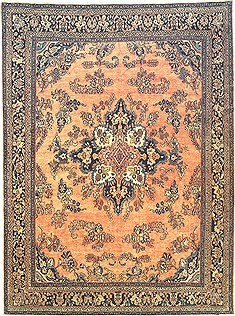 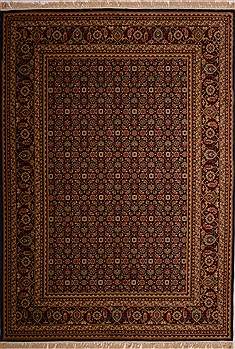 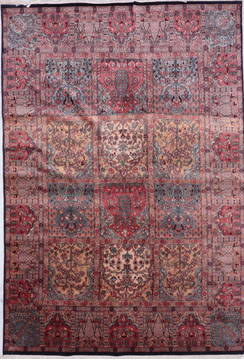